From the Back of a Bookshop to a Nationwide Service: 60 Years of History

In 1945, in the back room behind a cobbler who occupied number 129 Praed Street, a business was born. This business was to become one of London’s longest serving security companies: Barry Bros Security. 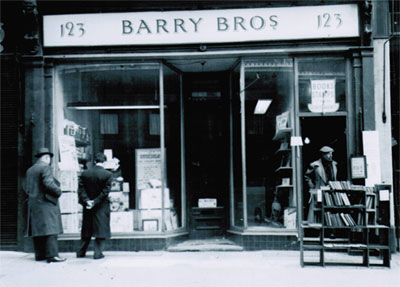 Turning the clock back almost 60 years reveals an interesting history. Jack Barry would take in articles of all types and varieties for repair.  These included gramophones, steam trunk locks and bicycles. Keycutting and lock repairs quickly became an established income for Jack’s business as did cycle repairs, with two wheels forming the main mode of transport for shopkeepers distributing local deliveries during the 1940s. Jack soon also began to offer an onsite locksmith service at this time with the use of his Austin van.

The local bookseller at number 123 Praed Street relinquished its lease and Jack Barry seized this opportunity to take over the shop, expanding his thriving business into bicycle sales. Jack developed a connection with Lambretta scooters and ITom motorcycles from Italy as well as NSU moped from Germany and soon began importing and selling these models. 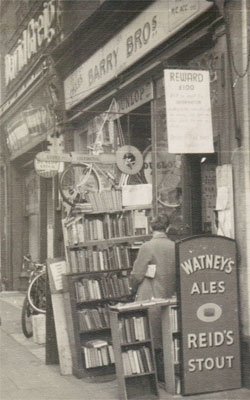 During the late 1950s, Jack enhanced his business endeavours by importing the NSU Prinz small car. At about the same time, he took over the entire building at number 123 Praed Street which provided him the space he needed to show off his imported cars and scooters. The family today still have an advert from the 1950s promoting Jack’s trade.

Whilst the car, cycle and moped side of the business was going from strength to strength and taking on a prominent position within the shop business, the key and locksmith business was quietly growing in size too and making a distinct impression all over London.

Jack Barry was one of only a dozen locksmiths operating in London at this time and he was becoming renowned for offering a 24-hour lock opening service as well as installing security locks for wealthy homeowners in Mayfair and Belgravia.  Jack was also building good relationships with many of the porters of prestigious apartment blocks in west London and these proved to be a strong and continuous form of business.

The Mod era of the 1960s and the burst in popularity of the scooter saw Jack’s motor and moped business thrive for a while, but in the mid 1960s, motorcars were taking over as the transport of choice. Jack’s sales for the NSU Prinz car quickly dried up as they proved to be far more expensive than other models such as the Mini.

It wasn’t long before the moped, scooter and motorcycle side of the business slowly declined and the locksmith activity became the main focus.

During the 1970s Jack Barry retired from the day-to-day running of the business and under the guidance of his wife Mary Barry, their eldest son Orlando took over and continued to grow the business. It wasn’t long before Orlando was joined by his younger brothers, John and Frank. Together they grew the business in scope as well as the areas of London that they served.

Barry Bros Security became one of the first companies to be accredited by the Master Locksmith Association (MLA).  Orlando and John also became certified Master Locksmiths, ensuring their credible status as professional locksmiths.

With most commercial businesses requiring a safe at this time, safe sales, servicing and transportation became a sudden growth area. The refurbishing and selling of reconditioned safes also became a popular service. 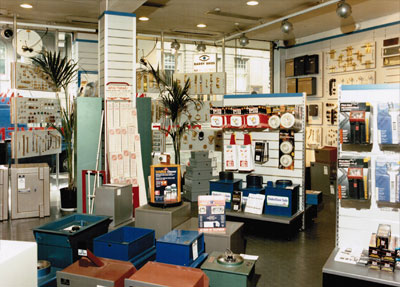 The 1980s saw the introduction of electronic lock and phone entry systems. Code entry systems for apartment blocks increased in numbers, as did the use of small domestic intruder alarms.

With such extensive growth in the business, Barry Bros took over the premises next door at number 121, but with both buildings needing widespread repairs, the decision was made to completely rebuild and merge the properties, giving birth to the new showroom and operational base. 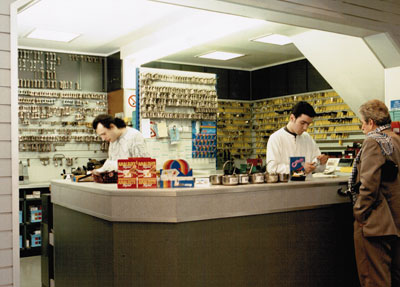 Within the 1990s, the range of security services increased to include the installation of certified intruder alarm systems and this forged the start of the Electronic Security System Installation, Maintenance and Servicing side of the business as an NSI Gold approved installer, then known as NACOSS.

This side of the business grew further to include CCTV, Access Control for electronics and an approved Assa & Abloy Service Centre for high security locks and keys.

During the 2000s a full range of services was established. More focus was given to enhancing products, advancing technology and providing secure and reliable solutions. It became necessary at this time to be compliant in key areas such as health and safety, environmental policy and quality systems, all of which prove the assurances of the quality workmanship and business practice of Barry Bros Security. 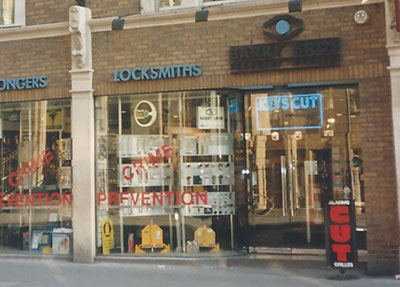 The company that started just after the end of the Second World War behind a local cobbler now offers a multi discipline security service nationwide, covering every aspect of security and delivering tailored solutions to a variety of businesses and industries and, as always, its original lifeblood – the homeowner.

The family involvement in the business has grown with Orlando, John & Frank’s sister Anita joining the business and more recently a third generation with Orlando’s daughters Adrienne and Rowan together with Anita’s son Christopher. Along with the family, Barry Bros is joined by Colin Anderson – Head of Locksmiths, Martin Cooper – Head of Electronics, and Sarah Martin – Head of Customer Service.

Barry Bros Security is as dedicated to delivering a personalised service now to its thousands of customers nationwide as it was to its first few bicycle fixing patrons back in 1945. We look forward to taking care of your security needs and to welcoming you as a valued customer.

Now is the time to spring clean your business security! Here's how... https://t.co/MoojOCSHiY #springclean… https://t.co/bRhLAosOrU
- Tuesday Mar 24 - 11:15am